What advice would I give to my younger teacher self? This question was originally asked by Joanna Malefaki in a new blog challenge she had invented and spread around the blogosphere. It’s similar to the YouTube #DearMe challenge but with an educational twist. At the end of her post, Joanna tagged a couple of educators, inviting them to follow in her footsteps. Apart from the fact that I was tagged too, I really liked the idea, so I decided to give it a go. 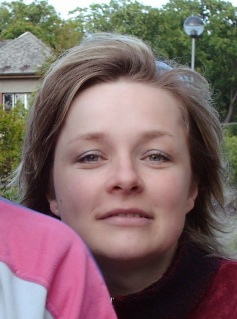 As you’re reading this, somebody has probably invented the time machine, which enables people to travel in time. That’s good because I can tell you a few things you might want to know. However, if you’re not interested in hearing what your future holds for you, burn this letter straight away.
You might be surprised, Hana, that although I like you, I’m not going to say that I want you to avoid the mistakes I have made throughout my life. This is because I believe that mistakes are an inevitable part of learning and life in general; and this is the first thing I’d like you to remember – as a teacher as well as a human being. The mistakes I have made have led me to where I am now; and I like the here and now. So, don’t be afraid to step into the same river twice if you feel you want to. But if you suspect it would hurt too much, don’t. Just follow your intuition.
I remember that when I was your age, the only thing I wished for was perfection – in all areas of life. Does that sound familiar to you? I don’t mean to be cruel but you should know that there’s no such thing as perfection – there’s only frustration which springs from the desire for perfection. Save your energy for something more worthwhile, such as your pursuit of happiness.
On a more professional note, I imagine that as a teacher you strongly believe in a purely communicative approach (in case you’re not sure what it is, it is an approach to language teaching that emphasizes interaction as both the means and the ultimate goal of study). I’ve just found the definition on Wikipedia – a virtual place you’ll learn about at some point in the future). Anyway, the principles of the communicative approach are what they implicitly taught you at university. I just want to point out that although mistakes are natural, they shouldn’t be neglected or overlooked by the teacher. Your teaching won’t be less communicative if you correct your students’ persistent errors. On the contrary, your well-timed intervention will prevent their errors from fossilizing. Oh, I’ve just realized you’ve never heard the term fossilization in relation to language learning, so go and google it. Oh, sorry, I forgot that you haven’t got a computer, let alone Google. So you might need to go to the library and look for something written by Michael Swan, for example.
You completed your BA studies back in 1995 and then, right in the middle of your MA programme, you suddenly realized you desperately wanted a baby. At first you thought you would resume your studies right after Tom got a little older, but in reality, you never did. I know this makes you feel a bit frustrated now and the truth is that most people, even your husband and your parents, think it’s a pity you didn’t finish what you had started. I have to tell you that although you will feel the pain of guilt for almost ten more years, you needn’t worry; one day you’ll realize that what you did was the best thing ever. And you’ll finally get an MA – at a much better time – and this will take you to places (mostly virtual ones) you’ve never dreamed of. Plus you’ll meet people you would never meet if you had stuck to your original plans. But you’ll truly believe this much later in your life.
Although most people think you’re pretty confident, I know you’re not. Your students ask you lots of questions which you don’t know answers to. By the way, why do you think you should know all the answers? As I already said, there’s no such thing as perfection. Do you realize that sometimes you even try to hide your vulnerability and a lack of confidence behind a veil of arrogance? Don’t do it, dear. Sooner or later people will detect this vice of yours. And stop wasting your time looking for tons of teaching resources and exploit what you have at your disposal instead. Don’t you know that less is more?
Obviously, there will be times of hopelessness and despair. But this will never be a permanent state. You should remember, however, that the worst enemy of your happiness and personal growth is stagnation. So don’t be afraid to burn the bridges behind you and learn to say NO.
Love,
Your Older Teacher Self
Now, I’m tagging three of my favourite people I would have never met had I stuck to the original plans of my younger teacher self 🙂
@ZhenyaDnipro
@ Ven_VVE
@ AnneHendler

I'm an EFL teacher based in the Czech Republic. I've been teaching English to learners of all ages and levels for almost 30 years. You can find out more about me and my passion for teaching here on my blog. View all posts by Hana Tichá

7 thoughts on “Dear Me with an educational twist”